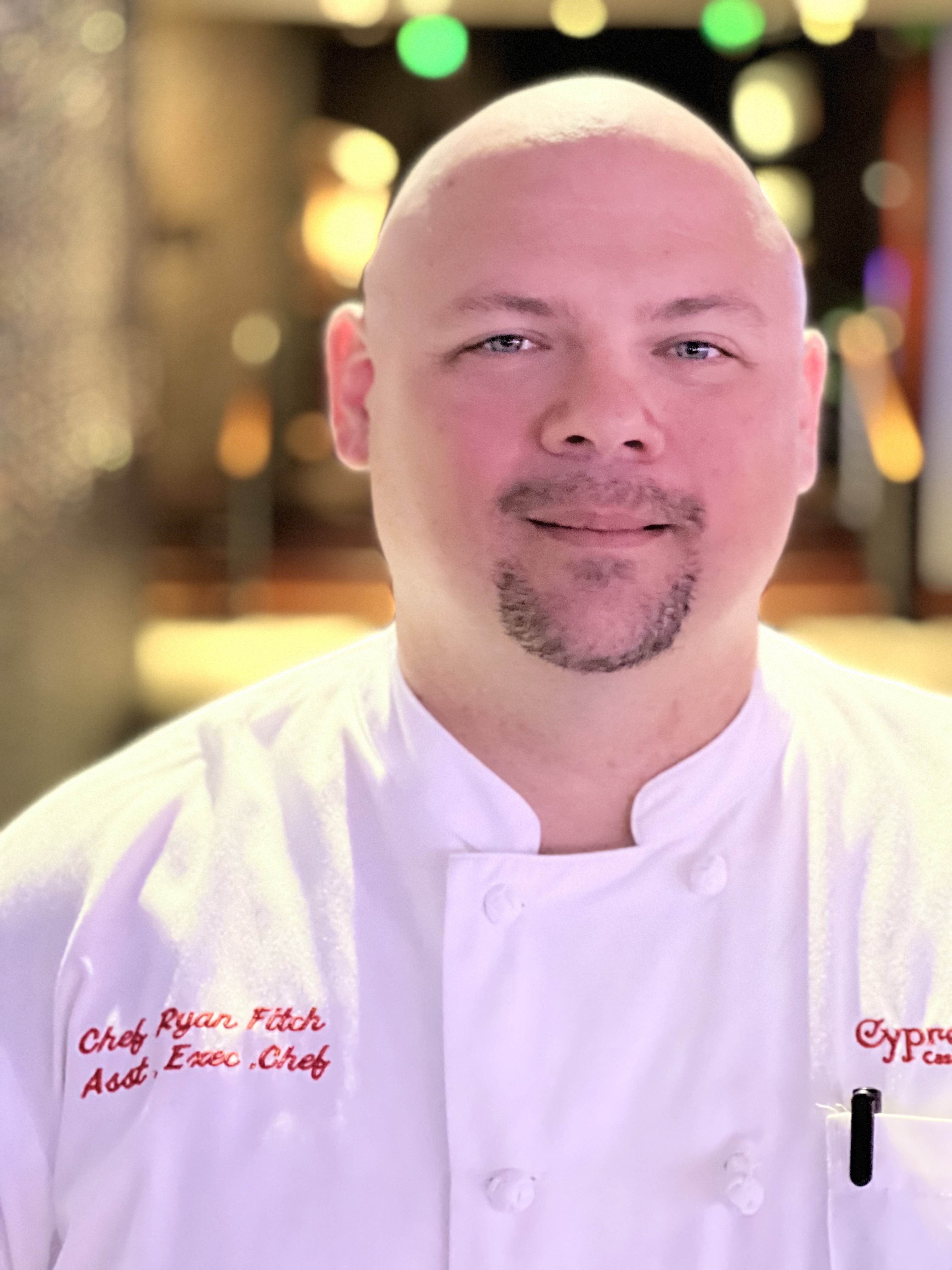 Fitch left Cypress Bayou Casino Hotel in 2009 to continue honing his skills as a chef in Louisiana and Florida. “I am incredibly grateful to have been afforded the opportunity to rejoin Cypress Bayou Casino Hotel as the new assistant executive chef,” said Fitch. “I look forward to the challenges ahead, and I cannot wait to introduce new product offerings at the property,” continued Fitch.